There’s been a whole lot of excitement going on this morning as Bents prepared for his FIRST day of pre-k.

He woke up at 6:00 am with the biggest smile on his face. He was “weady for scwool”! Mommy was still weady to sweep. Darn the wake up call.

We live close enough to walk to the grade school and so he’s been dying to go to big boy school just like his brother. We had this conversation about 16 times before he left this morning:

Bents: How many will I be next year?

Me: *Banging head on vanity*

Thankfully my mother-in-law is in town for the next 2 weeks and I’ve been getting LOTS of mom-breaks. It’s been heavenly.

But here’s a funny story about her getting here. She lives in Las Vegas and we live in Illinois so she always flys here. Unfortunately, we live 2 hours from the closest major airport {fail} so we always have a bit of a drive to get to her.

Her flight was scheduled to arrive last Saturday the 17th at 1:30. J and I decided it would be fun to take all the kids since it wasn’t a school day. We headed up early that morning, went to the mall and ate at the Cheesecake Factory. Side note about going to a restaurant with three kids: don’t do it. 🙂

She responded with excitement and said she couldn’t wait.

So, I thought all was good. Until we got to the airport at 1:30 and there was no Grandma Lilly. By 2:00 pm I text her and told her to let me know when her plane landed because we were there.

That’s when she frantically called me to say, “Oh my goodness Mandy {she repeated that 10 times}….I completely forgot!!!! I’m so so sorry!”

Ummm yes, she was still in Vegas. She felt terrible! And we were all a little frustrated at first…but it’s definitely something to laugh about now. She ended up getting on a late flight and arrived about 8 hours later and we had a bus bring her the 2 hours from the airport to our house. Luckily we didn’t have to find something to do with the kids for 8 hours {or I may have went nutso}.

Mainly because one of our kids, not naming any names {middle child – ahem}, had decided that he was going to go swimming. Except we weren’t at a pool. Nor did we have on any swim gear.

We were at the mall. And the fountain must have just looked THAT refreshing. I was not mom-of-the-year that day and onlookers gave me the side-eye as I was busting up laughing when I realized that my 3 year old was waist deep, looking for pennies.

So, yea…trying to kill 8 hours with a 2 year old, 6 year old and a 3 year old who had wet shoes, socks, underwear and shorts would not have been my ideal Saturday. We’ve been having tons of fun since she has been here. Lots of park trips and duck feeding.

Another thing I’ve been working on lately and haven’t shared – I’m updating the playroom.

The playroom is a room that holds a lot of our older furniture and decor and it’s just not been on my priority list when it comes to room makeovers. I thought about getting rid of the red couch, but I think I’m just gonna keep it. I added some new throw pillows and I kinda like it now. Plus, it’s bright and fun which is what the playroom area is all about, right? I’ve been rearranging some things on the wall too! It’s funny how just a few small changes can make the room feel new again. I’m still looking for the perfect rug and curtain fabric. I haven’t found anything I’m dying over yet. As usual, the hubs and I have been hard at work coming up with new creative ideas for Dollars and Roses.

We FINALLY just got approved on iTunes for our podcast which made us so super happy! We’ve been talking about this dang podcast for months, but we can officially say that it is LIVE! 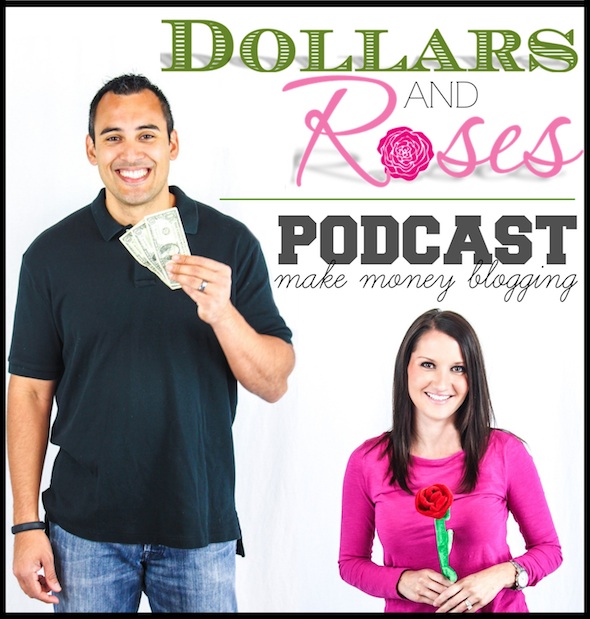 We would love for you to check it out, SUBSCRIBE and tell us what you think by leaving an honest review on iTunes. Just go HERE. It would help out the show immensely if you did! {wink, wink}

So far we have three podcasts released, but we have five more ready to go…and tons of ones lined up to record. If you view your blog as a business and have been starting to make money and would like to be featured on a future podcast let us know by leaving a comment on THIS POST.

That’s been our life in a nutshell lately. What about you, what have you been up to?

Can you check…”My kid went swimming in a mall fountain” off your bucket list?