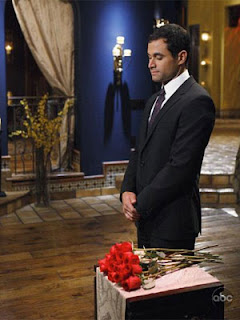 It’s official. Tonight Jason had to narrow it down to 2 girls. The FINAL 2 girls. One of which will be his future wife. No pressure Jason. Ha! Wait, you did sign up for this (again) didn’t you?

The 3 women each got an overnight date with Jason in New Zealand. Again, realistic ABC. New Zealand is where I had ALL of my first overnighters. Ahem, dad if your reading, don’t worry….I didn’t have that many overnighters. Anyway, back to Jason and the ladies.
His first date was with Jillian, who he picked up in a helicopter to tour the New Zealand mountains. Jason felt that they were definitely “best friends”, but could it be more? My favorite line from him on this date was when the helicopter landed on a ridge in new Zealand and they both got out… talk about scripted …

Jason: “Just Jillian and me alone. We were literally the only ones around for miles and miles”

Right. Except for the helicopter pilot and the camera crew filming every minute of your time together! Oh…I forgot…those people don’t count.

The second date with Molly consisted of bungee jumping. This is the part of the show where (if I were Molly) I would have grabbed my things, said “c-ya”, and gave the camera’s a big peace sign. I don’t care how cute you are or how much of a connection I have with you….I am NOT jumping off a ledge hundreds of feet in the air only connected by a cord. Done. Over. Peace Out. Thank goodness Molly is more adventurous than me because she was up for the challenge and wanted to do it a 2nd time! There is still something about this Molly chick that annoys me though. She is just too proper for me.
His last date was with Melissa. Melissa dropped the big L-bomb on him and he seemed to be digging it. The last time a guy dropped the big L-bomb on me after the 42nd day…..I changed my number! Oh wait, no I didn’t…I married him. Shoot. I guess I like that kinda thing too. Jason seemed to be concerned that he still hasn’t met big M’s parents, but honestly, I think he has such a connection with her that it isn’t going to matter. After all, he’s not marrying her parents. Plus, he made a comment that Melissa reminded him of Deanna and his ex.
In the end, he sent Jillian back home to Canada. I liked Jill. Although, I got slightly annoyed every time she called Jason “babe”. It just didn’t fit. Anyhow, he confessed to Jillian that they were on the “bf” path. She didn’t seem to be listening too much because instead of taking the rejection….she just kept pouring her heart out to him. I’m always wondering to myself why these women do that. Do they think “hmmm let’s see what I can say to make him change his mind”? I mean, ladies, its national television and he just axed you….why would you try and convince him to change his mind? He obviously did not choose you for a reason. ACCEPT IT….and move on to the ‘cry your eyes out’ limo ride. The faster you get that over with the faster you can realize how blind you were for the last 6 weeks.
Next week, the double M’s get to meet Ty! And I’m assuming next week is when Deanna makes her big Season 14 debut???? I have yet to understand what she possibly has to say!!!!
Oh and remember when I predicted who he proposed to based on hair color and nails? It’s a brunette with fake nails remember? I guess that leaves the big finale no secret…M from Dallas must be Jason’s future wife. Unless Molly dyes her hair and gets fake nails before the rose ceremony.