Get my FREE Guide "The Imperfect Perfect You"
I wish I was reporting back that swimming lessons were a charm. Unfortunately, not so much.
Here’s kind of how it went down….
He was flirting with a few girls in the ladys locker room as we were getting our suits on. Typical of him. We were both VERY excited about our first swim lesson!! He was still not sure why we are about to step in to a giant indoor bath tub…but he seemed to have an open mind so far…. 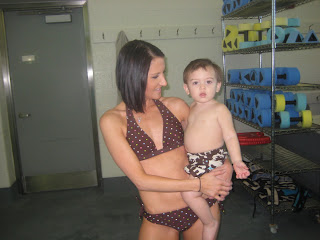 With a little encouragement from mommy and a little hand holding he was willing to try it out. Keep in mind, he was in the water a TON last summer. My parents have a boat and my bf has a pool…so he is very familiar with the water. I expected him to jump right in. 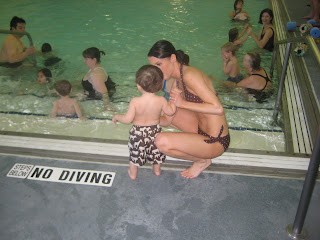 This is when I thought it was going REALLY well. Boy was I in for a surprise! 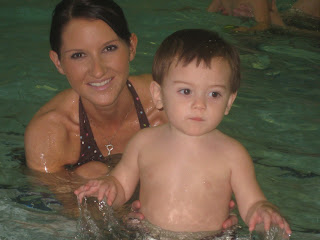 Even daddy was convinced that P was gonna be the next Michael Phelps. He was splashing up a storm and for a few moments…I thought he was enjoying the pool more than he enjoys elmo. 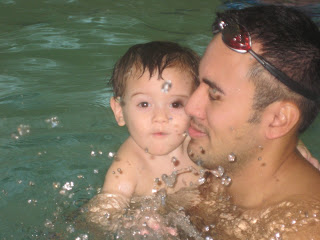 He was a little reluctant to lay on his back, but after a little coaxing, he was kicking away. 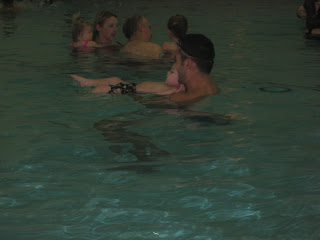 Do you see how many kids there were in our parent/tot swim class? 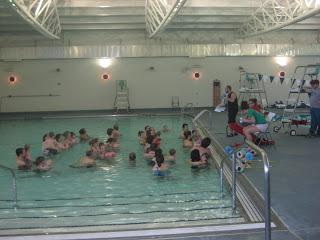 The point is…my child was the O N L Y one not in the pool after about the first 20 minutes. He spotted some toys on the side of the pool and thats when it was officially over. I even tried using the toys to coax him back in, but nope, he wasn’t buying it. He was sitting on the side of the pool shaking his head NO and every time I reached for him he screamed. I was “that mom”…you know…the one that has the screaming child that every one is staring at. Yep, that was me.

P will have a second chance to redeem himself in front of all these mothers. We have swim class every Saturday until May. Can’t wait for next week. 🙂