Get my FREE Guide "The Imperfect Perfect You"
Sunday Kiki and Frosty invited us over for their annual Halloween Hayride. Frosty had the tractor ready to go and was dressed in his burberry scarf (had to mention that). The most fashionable Southern Illinois tractor driver I know! side note: Frosty does not normally drive tractors (like most SO IL rednecks)…he is the CEO of his own company! I love how he can go from business man to country man in 2.5 seconds! 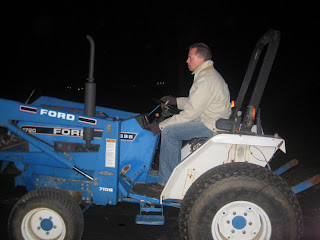 Once we were all loaded up, Kiks was serving hot chocolate and popcorn! So appropriate because it was pretty darn cold. P was so bundled up that he could barely move his arms. Poor guy. But, you know me, gotta make sure he won’t get sick! 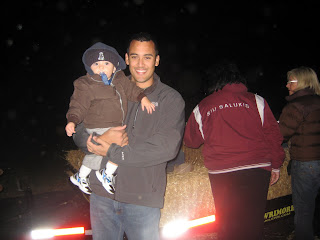 He didn’t seem too worried about it being freezing outside. He was mostly worried about eating as much popcorn as he could. After he finished mommy’s bag, he was on to daddy’s. I guess he gets his eating capabilities from his dad. When the popcorn was gone he moved on to trying to eat the hay! You would think he never gets fed. haha!

The three of us! 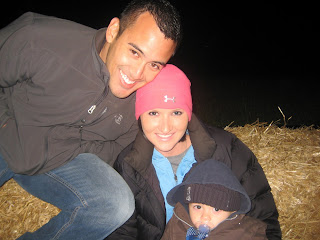