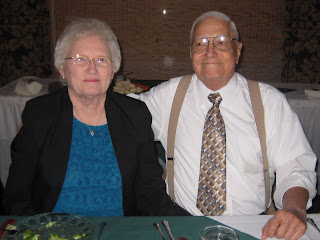 My GK (gpa Kenny) turned 80 Friday! I know what your thinking…can you actually imagine turning the big 8 0? I guess since I am only about to turn the big 2 8…it just seems unimaginable that I’ll ever be 80 years old! I mean, don’t get me wrong, I hope and pray that I live till I’m 80 +, but it just seems like an eternity! For my GK…it was reality! He has made it to his 80th birthday and we had so much fun celebrating with him! Here’s a little recap of the party:
The G’s had dinner for the whole fam at the nicest country club in Galesburg. The menu was prime rib or chicken cordon blue! Both very yummy! GK is going through chemo now so we were worried he wouldn’t being feeling well, but not the case…he was feeling GREAT!
This is the best picture we got of the four of us…not sure where the hubby was…I’m assuming he was taking advantage of the open bar along with my dad and uncles! As you can see, P was not cooperating….and apparently neither was GK. 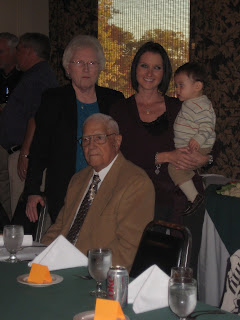 Here’s a picture of ALL of us…and there were THIRTY of us! Every member of our family flew/drove in for this BIG occasion. There were only 3 cousins that couldn’t be there…and all 3 of them had good reasons. My cous Chris from CA is in college in Hawaii (I know…what a hard life…grow up in Cali and college in Hawaii??? Makes me wonder how I got stuck in So IL?), his brother Robbie goes to Oregon State, and my cous Erika just started veternarian school at Mississippi State. Since they couldn’t attend each of them sent GK, or as Chris and Robbie call him, GDPK (G** D*** Papa Kenny), a video message. I have to admit, Chris’s was the funniest…he wrote a song and recorded himself on his webcam performing it. From the lyrics…I am thinking he wrote the song after a long night at the bar and a few beers! It was hysterical! One of the lines in the song was “Papa Kenny’s turning eighty…and I can’t even count that high” (hence the title of this post). Way funnier if you saw the video. I’ll spare you the details of a song about an 80 year old man…even though I think you’d laugh pretty hard! 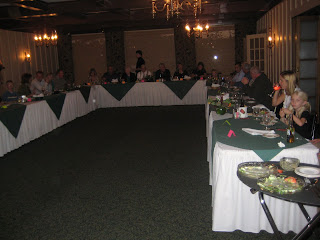 It seems impossible to get a picture with P looking these days. He is WAY too busy to hold still for a camera shot. We were trying to do a family shot, but P was too busy signing that he wanted more snacks. See his hands…this is the sign for “more”…and P has it down. Not only when he wants “more” food, but when he wants “more” anything. I think I will rename it to the “gimme” sign. Seems more appropriate. haha! 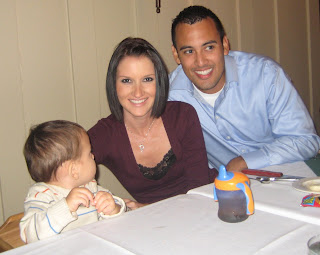 Since there was no hope in getting a family pic with P looking , we decided to get one of just the two of us. 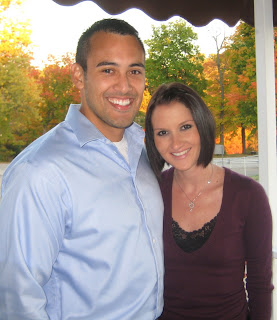 Thank goodness P’s cousins were there to help keep him entertained through dinner. Kennedy, my cousin Ang’s daughter, was teaching P how to color. I love the look on his face in this pic…he’s like, “Listen Kennedy, I’m too young to color! Let’s throw food instead!”

If it wasn’t for these two girls (P’s cousins, Kennedy & Makailee) chasing P around the dining area I would have been lost. They were my lil babysitters. AND yes we did have a whole room reserved so it wasn’t like he was running around in an open restaurant. I’m not one of “those” mommies. 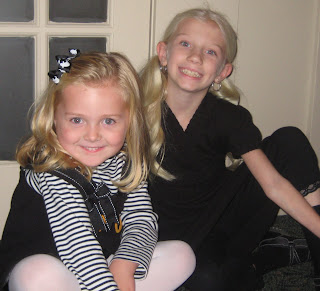 Afterwards we went back to the G’s house for cake and ice cream. Kennedy decided she wanted to show us her Halloween costume. Isn’t she the cutest Minnie Mouse you’ve ever seen?! And she is soooo sassy…I love it! 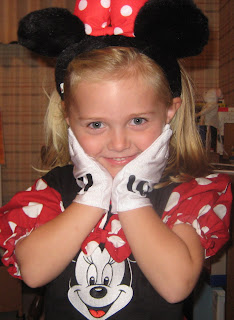 The party was a huge success!

It was sad to leave since it was such a short stay, but we’ll be headed back for Thanksgiving here soon. I’ll have to write about my Haunted House experience that my cousin Tim took me to on Friday night. I’ll recap on that in a separate post.